In Britain, the wind energy industry has been leading the renewables market for sometime. AFNOR UK added another string to its bow when it received the GWO accreditation for its auditors in 2018. Another asset for both the certification body and its clients, like Belay Rope Access.

Renewable energies have the wind in their sails in the UK. They already provide almost a third of UK power in the country, half of which is being generated by wind energy. This comes as no surprise, knowing that the UK, thanks to its geographical assets, is the windiest place in Europe! Forty percent of the continent’s wind sourced energy comes from Britain. As a matter of fact, this nation provides more power from offshore wind turbines than any other country worldwide. According to Renewable UK, the latter will generate more than 10% of UK electricity by next year and a third of the country’s entire power needs by 2030. So far, it powers the equivalent of 4.5 million homes. The onshore wind energy market is also stepping up, with 28 wind parks across Britain as a whole (either already operating or in the approval and planning phases). This clean energy already meets the annual needs of over 7.25 million homes and generated 9% of the nation’s power needs in 2017, according to the same source.

Only four accreditations in Britain

Like all energy sectors, the wind industry is full of risks. In order to make this market as safe as possible and injury-free, several leading turbine manufacturers and operators have formed a non-profit organisation based in the Danish capital, Copenhagen. GWO (Global Wind Organisation) aims at developing common industry training and best practice standards for health and safety related training. It cooperates with a number of internationally accredited certification bodies, among which AFNOR UK. “We received the GWO accreditation for auditors in 2018”, says Mark Salt, Managing Director, AFNOR UK. Prior to this the only criteria GWO required was that the audit company was accredited by their national accreditation body (UKAS in the UK for example). GWO realised that the standard of audit was too varied globally and decided to create a group of approved auditors to ensure compliance and uniformity within training providers. “Getting this accreditation ties in with our strategic plan and is definitely a plus for us since there are only four certification bodies that have been accredited so far by GWO in Britain. AFNOR UK now seems to be taking the lead for GWO certification. We already have five clients and three or four more are in the pipeline”, says Mark.

The GWO certification scope is wide and reflects all safety hazards in the wind turbine industry. Its standards have several modules such as First Aid, Manual Handling, Fire Awareness, Working at Heights, Sea Survival, Electrical, Hydraulics, Mechanical, ART-Hub, ART-Nacelle, SART-Hub, SART-Nacelle, EFA, Blade Repair and Installation. All of which AFNOR UK has been accredited for. Belay Rope Access, which is based in Newhaven, East Sussex, was founded in 2015. “We started working with AFNOR UK from the start”, says Iain Tindall, Managing 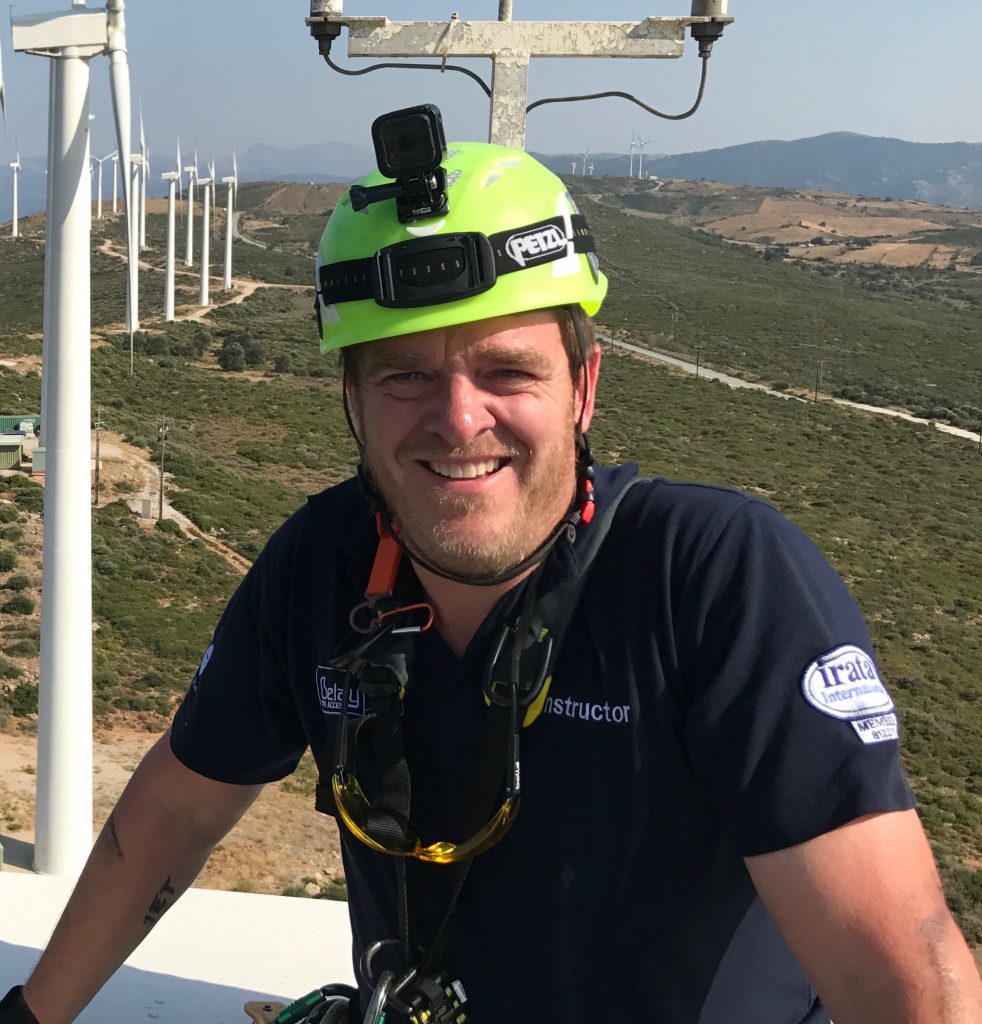 Director (see picture below). The certification process went relatively smoothly. They had tried several other audit companies “but only AFNOR UK was prepared to undertake the process of developing a whole new checklist for the GWO BST (Basic Safety Training Standard) modules with us. Our auditor came to us with an open mind which allowed us to adapt our existing systems to meet the required GWO standards. He visited our facility and carried out the initial audit, giving us opportunities for improvement and highlighting any non-conformities. He was required to witness our training in action to ensure we followed the GWO syllabus”, says Iain.

Belay Rope Access gained Work at Height, First Aid, Manual Handling and Fire Awareness at first in June 2015. When the company moved to Newhaven in August that year they prepared for the Sea Survival module and achieved that accreditation in January 2016. Some minor non-conformities were highlighted and corrected during the certification process. “We run on a three yearly cycle with re-audits every three years and surveillance audits every year as specified by GWO, says Iain Tindall. When we started there were only five other full GWO providers in the UK. Other companies have joined us but our reputation for high quality training has helped us keep a good market share and grow our revenues year on year. The certification also gives us a presence in the industry and leads to other training courses such as confined space and rope access that complement the GWO training. Being certified is a big plus for us: GWO training forms about 60% of our revenue so it’s made a huge difference to the business!”

> Register to AFNOR UK’s next free webinar on GWO certification

For the re-certification audit and throughout the three years, we wanted the audit team leader to have the best possible insight into all our sites and meet all the auditors abroad (a total of eight). Therefore, we asked him to take part in the audit of our main sites with support from a local auditor, who subsequently audited the smaller sites. We prioritized local auditors for the follow-up audits to reduce travel costs to an absolute minimum.